When you’re a small charity with little or no budget for video, it can be hard to imagine how you could compete with bigger charities whose budgets for film production stretch into the thousands. In this guest post, Jeremy Jeffs from Magneto Films explains how small charities can use the DIY aesthetic to punch above their weight without spending a fortune.

A NEW TREND has emerged in online video production, with charities as diverse as Anthony Nolan, the RNLI and Mind all making films that look as if they’re homemade – with wobbly shots, jump cuts and un-edited single takes.

For these brands, the amateur look conveys authenticity and honesty, and in some cases, allows their beneficiaries direct access to their YouTube channels.

Smaller charities often don’t have the budget to make glossy-looking videos, but by taking advantage of a few simple techniques, there’s no reason that they can’t produce wonderful and effective video on a shoestring.

Here are three simple ways you can make the DIY aesthetic work for you.

MIND has been at the forefront of this trend and their YouTube channel is full of #mentalhealthselfies – short videos uploaded by their users, explaining how they’re affected by mental health issues and the techniques they find helpful. MIND have built on the trend for vlogging by engaging superstar vlogger, Zoella as an ambassador.

This video from Madeline explains how she uses a ‘happy box’ to help her deal with moments of depression:

All you need to do this is a webcam and some very basic editing software.

Anthony Nolan also make wonderful use of video diaries – short films recorded by people on their smartphones. The advantage of this technique is that you can show people actually doing something, rather than simply talking about it.

This film made by Annabelle shows what happens when her friend Abbie becomes a stem cell donor: it’s incredibly good at showing how simple and painless the process is and is a great example of using video for behaviour change:

There are lots more examples of this type of film on the Anthony Nolan YouTube channel, all shot on smartphones and very simply edited with basic software.

Save the Children had a massive success with their “Most Shocking Second a Day Video” that showed what London might be like if it were a war zone like Syria.

They’ve borrowed a DIY technique from YouTube where people shoot a small amount of video every day and then take a single second from each day and edit them into a longer film. It’s hugely popular and gives an insight into people’s lives and allows a film to show time and change.

Smaller charities can take advantage of this – take a look at this film from The Rainbow Trust. It was made by Jess, one of their support workers, and it shows how the charity helped lots of people over the course of last summer:

All you need to make this is a smartphone with a decent camera and a music track – this website has lots of tracks that are free to use with a Creative Commons Licence. You could even ask several people to shoot video of an event or keep a record of their work and edit them into a single film.

These are super simple combinations of photographs with a voice over: sometimes the voices are interviews with the people in the photos, or it could be someone else doing the voice over. These have a very intimate feel, they are much easier to make than a full video, and their simplicity feels direct and refreshing in a complicated visual world.

Newspapers like the Guardian make use of these to bring stories to life in a visual way that also delivers information and insight. This film from Murdo McLeod tells the story of a hospice worker.

London based charity PIP – Pursuing Independent Paths – makes clever use of photos that workers and members have snapped, combining them with simple voice recordings to tell the story of their charity and the experience of students they’ve worked with.

They used an app called Adobe Voice to make it, but you could do something similar with iPhoto etc. 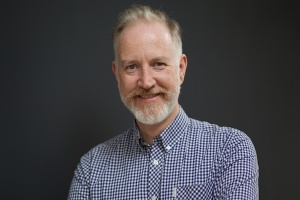 Jeremy Jeffs is a partner at Magneto Films, a production company that specialises in working with the charity sector, health and the public sector, making case studies and working with real people’s stories.