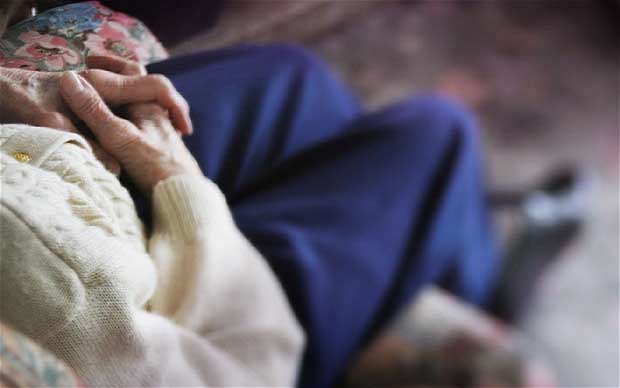 We humans are social animals, and however much we might all enjoy a bit of peace and quiet from time to time, the gnawing pain of being truly, perpetually lonely is one of the most destructive experiences we can face as a species.

So it’s a shocking truth that one of the most vulnerable groups of people in our society today is also statistically the loneliest: the elderly. Research has shown that between 6% and 13% of over-65s say they feel ‘always or very lonely’, which equates to around 860,000 people in England alone.

Loneliness is different to social isolation – you can be surrounded by other people and still be lonely, while some people have very little regular contact with others and are perfectly happy. The Campaign to End Loneliness has a good definition on their website:

“Loneliness can be defined as a subjective, unwelcome feeling of lack or loss of companionship. It happens when we have a mismatch between the quantity and quality of social relationships that we have, and those that we want (Perlman and Peplau, 1981).”

Someone can become lonely at any age, but elderly loneliness is a particular problem because older people often don’t have the ability to help themselves. It often manifests itself after a change, or more importantly a loss, in someone’s life: the loss of a partner, the loss of good health, the loss of income or security.

Chronic loneliness, like that faced by a significant proportion of Britain’s elderly, is a real public health issue. As well as its emotional and mental health implications, being lonely also increases the risk of an individual suffering serious falls, increases the frequency of GP visits and can even increase the risk of dementia.

However, there are some great leaps forward going on at the moment in terms of tackling elderly loneliness. Some exciting new initiatives and organisations have sprung up over the last couple of years to complement the existing charities working in this sector, including:

Initiatives like these are building on the work of a handful of charities and organisations that have been working hard to tackle elderly loneliness for many years, including:

In order for any of these organisations to achieve their ultimate goal of ending loneliness, they need to tell people about their work, and people need to listen. But with increasingly restricted budgets and often a lack of time and resources to advertise, it’s often difficult for charities like these get their message across.

The key is media coverage, and lots of it. People are led by the media in deciding which issues are important, so sustained, in-depth coverage of elderly loneliness is essential to ensure that it becomes part of our national conversation.

Last month, the Health Minister Jeremy Hunt gave a speech in which he highlighted the issue of elderly loneliness. In the few weeks since, media coverage of loneliness in Britain has skyrocketed, with nearly every major national news outlet running related stories, features or opinion pieces. This is a golden opportunity for charities to capitalise on; to build relationships with journalists by offering case studies and expert commentary, and to sustain the momentum of the current interest in the issue.

Many charities are doing a fantastic job of this already, with representatives from several of the organisations mentioned here appearing regularly in the current wave of press coverage. Others are yet to take advantage of the surge of interest in an issue that they have been working to tackle for years.

Whether elderly loneliness is set to stay at the top of the national agenda or not remains to be seen. However, the recent coverage of the issue combined with the number of excellent new initiatives being established will almost certainly have a real effect for many lonely older people. With Christmas around the corner, let’s hope that more of us will take the time to visit, call or volunteer our time, so that for some, the pain of loneliness can become a distant memory.

One thought on “Alone together: How Britain is finally waking up to the problem of elderly loneliness”